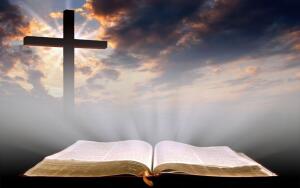 Richard was born on December 15, 1943, in Wausau, Wisconsin, to Raymond L. and Marcella M. (Wetterau) Kuehlman. He proudly served his country in the U.S. Navy during the Vietnam War. Richard married the love of his life, Katherine (Nelson) Kuehlman, on August 28, 1965.  Richard was a missionary of the Gospel for 23 years in Japan. He was also a pastor of Calvary Baptist Church in Coudersport, PA for 12 years.  He was a zealous soulwinner and avid hunter and fisherman.

Richard was preceded in death by his parents; brother, William Kuehlman; and brother-in-law, Gary Richter.

In lieu of flowers, memorial contributions may be made to the bus ministry at Mansfield Baptist Temple.

To send flowers to the family or plant a tree in memory of Richard G. Kuehlman, please visit our floral store.